Home AX TV ‘I have been raped before, not once but five times’ – Iyabo... 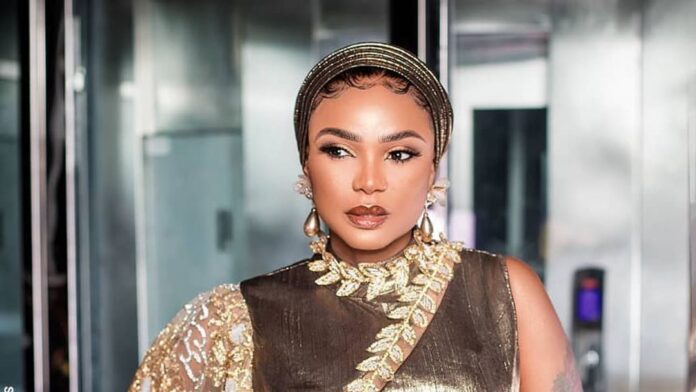 Nollywood actress Iyabo Ojo has revealed that she has been raped five times.

According to the movie star she first experienced rape at the young age of 14.

“Like I said, yes I have been raped before. Not once but five times. And trust me when I say it wasn’t easy. The first time I was raped, I was 14. It happened at my aunty’s house (not a family member). I didn’t want to talk about it because it was taboo to talk about it. I felt I would be blamed for everything that happened.”

The movie star went on to spill more about the second and third time she was raped. According to her, the third person who raped her was a close neighbour.

“And the second one, that was another terrible one that happened. And I still could not tell anybody in my family. I summoned a bit of courage to tell a friend of mine then and it was one of the reasons I ran away at a particular time. The whole family was looking for me and when they eventually found me, I still didn’t talk about it,” she said.

“Now, the third one, the guy was a neighbour. We were very close to each other. My dad’s house and his house were the second or third street away in the same neighbourhood. He was a friend to my first boyfriend, though he was much older than him.”

“I never knew that he had such an intention. I grew up in the Obanikoro area of Lagos. I moved to Ikeja to stay with my aunty. However, I went to Obanikoro sometimes to check on my grandmother, dad, and boyfriend. On my way from Obanikoro going home, I was at the bus stop waiting for a taxi, then his car drove past me and he stopped.”

The actress said after she arrived at the residence of her would be molester, things took a different turn.

“We exchanged pleasantries. He asked me where I was going. I told him that I was going to Ikeja and he offered to drop me off. He said he had moved to Ikeja. When we got to Ikeja, he told me he lives in Toyin Street. I told him I know the street very well because I lived in Balogun Bus Stop in Ikeja. He said he should show me his house so that I could visit whenever I feel like it.” she said.

“He then said he had loved me even before Emmanuel met me and that when he found out I was going out with Emmanuel, he was heartbroken. At that time, I was almost 18 years old. He started trying to touch me. I got up angrily and made my way to the door. I noticed that it was locked. I told him to open the door. He told me that he loves me.”

“Then he started dragging me. That brought back memories of the experience I had been through that first time. So, it dawned on me that it was about to happen again. I didn’t want it to so I wrestled with him. I tried to push him and ran into one of the rooms to open the window to scream but he pulled me back with my hair and then he held my neck to the wall.”

I continued struggling and wrestling with him so he dragged me out of the room because he didn’t want me to shout and gave me a dirty slap. I hit my head on the wall. I was a bit dizzy trying to find my feet and he went into the kitchen to get the knife. When he got the knife, his eyes went red and his face changed.

He wasn’t the same person that I knew. It dawned on me that if I fight him, I will end up dead. Then he dragged me back into the room. I was just numb. He did whatever he wanted to do. When he was done, he went out and came back and started calling my name because I was still at the spot he raped me. Then he started calling me baby. That word baby was piercing my brain because I was mad.”

“You never get over it, but it gets to a stage in your life whereby it becomes a story to tell. You have to deal with it. I have been able to deal with it in my way because before, I can’t talk about it. When I try to, I get so emotional, angry, and many other things come with it.”

“Right now, I can talk about it. So, after the kissing, he said he loved me and I told him that I loved him too. He went to drop me off at my bus stop. While walking down home, I could remember that I was just calm. I had no feelings or emotions. I got home and luckily my aunty wasn’t around. I just went straight upstairs and climbed into the bathtub and just started crying.”

Ojo revealed that she was also raped by armed robbers when she just got married and had her kids.

“I don’t know if what I did was right or wrong. So, the only way not to tell him was to break up with him. Then the other one happened after I got married to my husband and had my kids, then we moved to Ikeja,” she said.

“I was raped by one of the armed robbers who came to our house. It’s not easy to talk about rape. No matter how much you talk about it, you have to realise that it is painful, but you are not alone.”

Ojo is a Nollywood actress, director, and producer.

She has featured in over 150 films and has produced more than 14 of her own.
soucre: Pulse 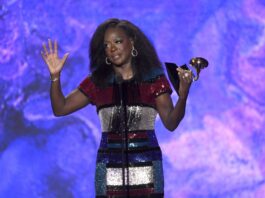 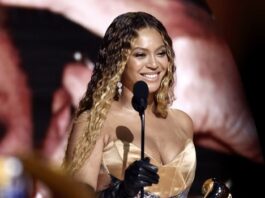 Beyonce breaks Grammy record for most wins ever 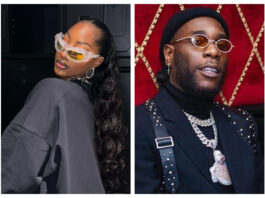