THE Nigeria Labour Congress has suspended its nationwide protests slated for Thursday and February 2.

The congress took the decision at its National Executive Council meeting held virtually on Tuesday.

The NLC President, Ayuba Wabba, who disclosed this at a press conference hinged the decision to suspend the protests on the reversal of the Federal Government’s plan to stop the subsidy on petrol.

Before the announcement, the congress had told The PUNCH on Monday that it would continue with the preparations for the protests.

Wabba stated that NEC of the NLC had given directives for the mobilization of workers and citizens for the national protests if the Federal Government refused to reverse the planned hike in the pump price of petrol.

But justifying the union’s decision, the NLC president said the congress dropped the planned protests “following the reversal by government.”

He said, “At the peak of very rigorous mobilization of Nigerians by the Nigeria Labour Congress and a host of her civil society allies, the government through the Minister of Finance yesterday, January 24, 2022, made a public announcement reversing the plans to increase petrol pump price.

The labour leader said the congress had communicated the decision to its civil society allies who have stood stoically behind Nigerian workers in their quest for social and economic justice.

The NLC said it would continue to engage with the government on the very critical issues of ensuring local refining of petroleum, creation of sustainable jobs and affordable price of petrol for Nigerian workers and people.

It commended the workers, people and the civil society allies for “their unwavering solidarity and support during this struggle.”

Meanwhile, the President of the Senate, Ahmad Lawan, on Tuesday met with heads of security and paramilitary agencies, asking them to do more towards ending smuggling of petroleum products out of Nigeria.

In his opening remarks, Lawan noted that the meeting was a follow-up to the one with Minister of Finance, Budget and National Planning, Zainab Ahmed; and Minister of State on Petroleum Resources, Timipre Sylva, earlier on Monday, on the planned removal of subsidy on petroleum products especially Premium Motor Spirit also known as petrol.

He said, “We are all aware that some of the products, particularly the PMS, are smuggled out and yet we paid subsidy on what is smuggled out. So, this meeting is to look into the ways and means of controlling the smuggling of the petroleum products with a view to minimising the cost of fuel subsidy to our country.”

“I know, individually, these organisations have been carrying out their responsibilities on this but I think that we are coming into a special moment. Our situation is such that we cannot afford anymore to allow this smuggling business to continue because the cost is very huge and debilitating to our people.

“At a point, I will hold a meeting with the National Security Adviser (Major General Babagana Monguno, retd.) who is supposed to coordinate the entire security apparatus for protecting our borders. I will also hold some engagement with the military, especially the Navy, because a lot of our products are shipped out to other countries through the water ways. At the end of the day, what we hope to achieve is to minimise or where possible eliminate the incidents of smuggling of petroleum products that we import into the country for our people. 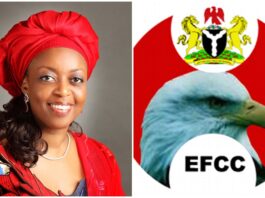 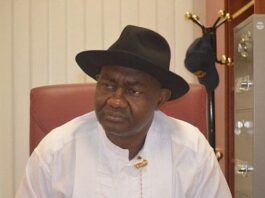